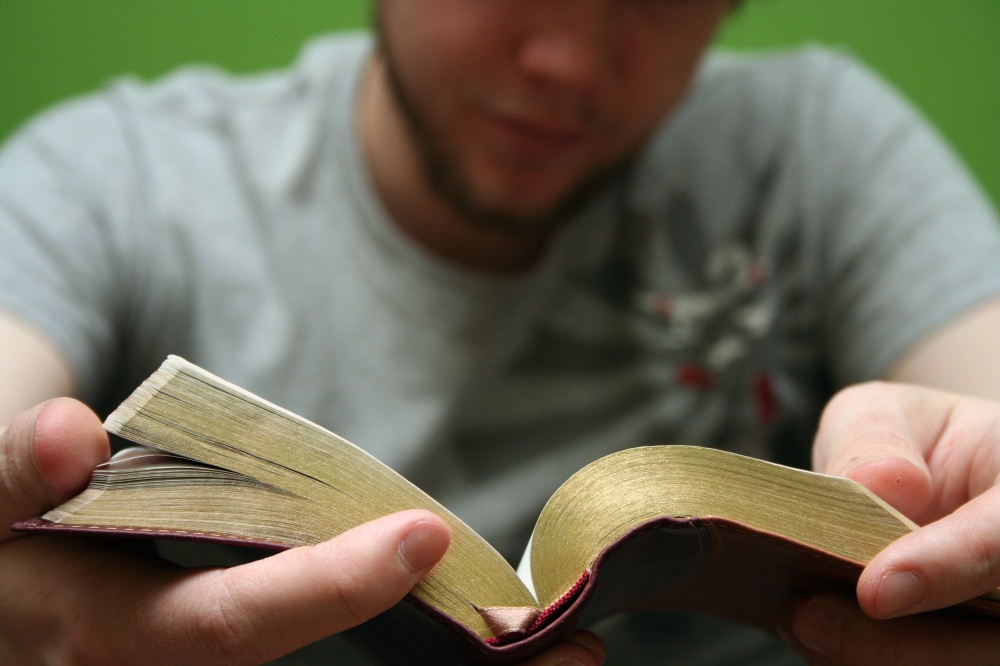 In the craziness of life, as we rush from one activity to the next, it is easy to let spiritual priorities fade. We have good intentions and plan to grow in our relationship with Jesus, but our busy schedules overwhelm us. As the new year approaches, here are a few essentials to help you refocus on growing closer to Christ.

First, make your relationship with God a priority. You must carve out a regular time in your schedule. When can you set aside some time on a daily basis to read the Bible and pray? Maybe you’ll set your alarm earlier or take some time after the rest of your family has gone to bed or use your lunch break to read God’s Word.
BOTTOM LINE: Find a specific time to read the Bible and pray daily.

Second, have a Bible reading plan. Find or develop a plan to read through the Bible or the New Testament or selected books of the Bible over the course of the year. There are a lot of great Bible Bible Reading Plans. At FBC, we are encouraging members to read through the Foundations reading plan during 2018. This plan will take you through highlights of the entire Bible over the course of the year. Also, there is a version available for children and teenagers that corresponds with the adult version. In this way, your whole family can study the Bible together
BOTTOM LINE: Follow a Bible reading plan.

Third, don’t give up. If you miss a day of prayer and Bible study, jump back into God’s Word the next day. If you’ve missed a few days, don’t surrender. Instead, pick up the Bible and take time to develop your walk with the Lord.
BOTTOM LINE: Keep going!

Growing deep in our love for Christ certainly takes more than spending time in Bible reading and prayer, but surely not less. A daily time alone with God is essential for growth in Christ. Let’s make this discipline a part of our daily schedules. What a great way to start the new year!

FBCU Folks: If you are interested, we are making the Foundations Study Guide available in the church office for $5 (children and teen versions are available as well). 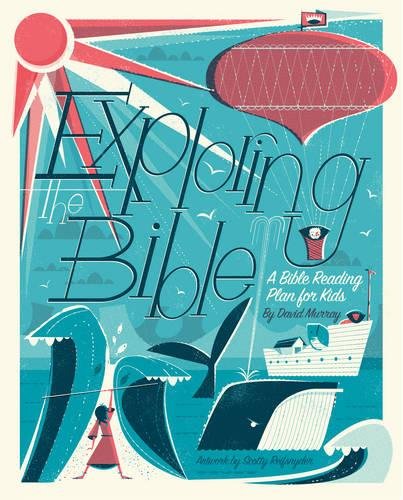 The greatest responsibility we have as parents is to model a vibrant love for Jesus and to train our children in the faith. Of course, learning to read the Bible daily is an important Christian discipline that we want our children to develop. To help our kids learn to read the Bible daily, we must model a deep commitment to daily time in God’s Word ourselves. The power of our example in this regard can’t be overstated. Our kids need to see that we are dedicated to spending time with God every day.

To help our children learn this important discipline, we also need to provide an easy-to-read translation of the Bible. The Christian Standard Bible is an excellent version for kids as it provides a good balance of faithfulness to the original languages and readability. Also, providing some tools will help children navigate Bible reading. An excellent resource is David Murray’s Exploring the Bible. This book is designed for children ages 6 -12 and takes kids through key passages of the Bible over the course of a year. Also, it includes space for children to write prayer requests and take sermon notes.

Parents, God has given us the incredible responsibility of training our kids in the faith. Let’s take this responsibility seriously and make time to help our kids learn to read the Bible. Grandparents, I hope you’ll use your influence in the lives of your grandchildren to foster a love for the Word as well.

Note: FBCU folks, you can find a copy of Exploring the Bible in our library and purchase a copy in the office for $5.

With 2017 right around the corner, consider setting aside a daily time to meet with God in prayer and Bible reading. Here are some keys to consistency in this critical discipline.

Pick a time and place. Take a look at your schedule and pick a time and location that will enable you to be most consistent. Maybe you can get up a few minutes earlier or take some time during a lunch break or if you are a night owl, spend some time with God just before bed. The key is to set aside a particular time and place to meet with God.

Pick a plan. Don’t just open your Bible and read here or there each day. Instead, have a plan to read through the New Testament this year or through the whole Bible. Here are some possibilities to help you systematically read the Bible.

Don’t give up. If you miss a day, then get back on track the next day. Don’t say to yourself, “I’ll never spend time with God consistently. I’m giving up.” Don’t let the craziness of life keep you from knowing Jesus closely.

When you spend time in God’s Word and prayer with a desire to really know Him, He changes you. Usually, these changes aren’t overnight, but as time passes, make no mistake, God will shape you. There is no greater joy than knowing Jesus more and being changed by Him! As Psalm 1 says…

Blessed is the man
who walks not in the counsel of the wicked,
nor stands in the way of sinners,
nor sits in the seat of scoffers;
but his delight is in the law of the Lord,
and on his law he meditates day and night.

He is like a tree
planted by streams of water
that yields its fruit in its season,
and its leaf does not wither.
In all that he does, he prospers.

During this new year, read the Word and reap the rich reward of a closer relationship with Jesus.

The reliability of the New Testament is always under attack from one direction or another. In fact, God’s Word has been questioned from the very beginning. In the garden the serpent asked Eve, “Did God actually say?” Undoubtedly, God’s Word will continue to be under fire until the end of time.

While attacks against Scripture are unending, these attacks have been addressed in the past and continue to be answered. The following links will help you as you consider the reliability of the New Testament.

Consider this article from got questions.org. In a simple and straightforward manner, this article explains how New Testament writings were recognized as Scripture. Of interest, “We believe that God was involved in each step of the process, for why would God go to such lengths to inspire His Word and then not preserve it? Why would He speak to us and then fail to guide us in recognizing His speech?” Read more.

Scott Kellum, a New Testament professor at Southeastern Baptist Seminary, tackles the question of why we have twenty-seven books in the New Testament. He sheds light on reasons that writings like the Gospel of Thomas and others are not included. Of note, Kellum says, “… almost before the ink was dry, the earliest Christians, including leading figures in the church such as the apostles Paul and Peter, considered contemporaneous Christian documents as Scripture on the same level as the OT. From this it is not too difficult to trace the emerging canonical consciousness with regard to the formation of the NT through the writings of the early church fathers in the late first century and early second century. In fact, prior to the year 150, the only NT book that was not named as authentic or not unequivocally cited as authoritative in the extant patristic writings is the tiny book of 3 John.” Read more.

Michael Kruger, president of Reformed Theological Seminary and New Testament professor, provides ten facts about the New Testament that every believer should know. Each of these facts links to an article with more detail. In exploring the possibility that an early church council decided which books to include in the New Testament canon, Kruger says, “The fact of the matter is that when we look into early church history there is no such council.  Sure, there are regional church councils that made declarations about the canon (Laodicea, Hippo, Carthage).   But these regional councils did not just ‘pick’ books they happened to like, but affirmed the books they believed had functioned as foundational documents for the Christian faith.  In other words, these councils were declaring the way things had been, not the way they wanted them to be.”Read more.

Don’t the Gospels contradict each another? How can I believe the New Testament if it can’t keep its own story straight?

Dr. Peter Williams, warden of Tyndale House at the University of Cambridge, presents new research supporting the truthfulness of Scripture. He compares the number of times that people’s names occur in the New Testament with other ancient works from the New Testament era. This research provides more compelling reasons to believe in the truthfulness of Scripture. While it will take you just over an hour to watch, it will be an hour well spent.

What did Jesus believe about the Scriptures?

Even some who claim to be Christians have lost confidence in the complete truthfulness of Scripture. In this powerful message, Kevin DeYoung, senior pastor at University Reformed Church, considers what Jesus Himself believed and taught about the Scriptures. I believe this message will strengthen your trust in God’s Word and give you a greater desire to read the Bible and be shaped by the God who really has spoken..